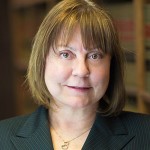 When parents are not married (after a divorce or when they have a child outside of marriage), the question arises every year before April 15th – Which parent is able to claim the joint child as a dependency exemption for income tax purposes?

Gloria E. Bogen has been practicing Family Law for over 33 years and can help you with all your Family Law questions.

Who normally has the right to claim a child on their taxes?

The Rule from the Internal Revenue Service is that the parent who has the child for more that 50% of the year is the person that can claim the child as a dependency exemption.  The IRS deems that person to have “custody” of the child.

If I don’t have “custody” or a child living with me over 50% of the year, can I still claim him or her on my taxes instead of the other parent?

Minnesota Law allows a Judge to allocate the income tax dependency exemption, even to a parent without custody, if it believes it is fair, based on the financial circumstances of the parents and in the best interests of the child.  This would be done during a divorce or custody/paternity/child support case.  It is very typical for a judge to equally divide the exemption, for example, by alternating tax years between the parents when there is one child, or giving each parent a child to claim when there are two children.  It is also typical that the ability to claim the child as a tax exemption by the non-custodial parent will be contingent on that parent being up-to-date on his or her child support payments for that tax year.

Even when there is no Court Order (for example separated spouses or unmarried parents), the parents can agree to share the exemption between themselves.  There may be some cases where one parent claims the child every year, until the other parent earns a certain level of income so that being able to claim the child results in some financial benefit.

Another important IRS Rule is that a parent can still file with a Head of Household status, so long as they meet the requirements for that status (being single and having a child residing with you over 50% of the year), even if they do not claim the child that qualifies them for that status as their dependency exemption, in most circumstances.   This is an important distinction because it allows parents and/or their attorneys to be more creative in determining the best way to ensure that each parent can get the biggest tax benefit available.

This blog post was drafted by Gloria E. Bogen, a family law attorney at Dudley and Smith, P.A. If you have questions about this article or other issues in Family Law, please contact Ms. Bogen at 651-291-1717 or by email at gbogen@dudleyandsmith.com. Dudley and Smith, P.A. is a full service law firm with offices in St. Paul, Blaine, Bloomington, Burnsville, Chanhassen, White Bear Lake and Woodbury.

Please note:  this article doesn’t cover all possible circumstances, and you should always consult with a tax expert (attorney or accountant) for your specific situation. The law is continually evolving and Dudley and Smith, P.A.’s blog posts should not be relied upon as legal advice, nor construed as a form of attorney-client relationship. Postings are for informational purposes and are not solicitations, legal advice, or tax advice. A viewer of Dudley and Smith, P.A.’s blog should not rely upon any information in the blog without seeking legal counsel.