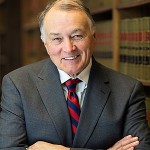 WHAT CONSTITUTES AN EMPLOYEE AND INDEPENDENT CONTRACTOR

IN ACCORDANCE WITH THE JULY 15, 2015, DEPARTMENT OF LABOR CRITERIA

Dudley and Smith, P.A. has been practicing in Minnesota since 1952 and has experienced Attorneys that will assist both companies and individuals in labor issues. The following is a brief over-view of the July 15, 2015 Department of Labor change in criteria regarding what constitutes an employee and an independent contractor. This change affects many businesses and individuals.

On July 15th, 2015 the Department of Labor – Wage and Hour Division put out an Administrator’s Interpretation regarding the proper application of the definition “suffer or permit to work” to determine if a worker is an employee as opposed to an independent contractor under the Fair Labor Standards Act. (Administrator’s interpretation No. 2015-1) This publication reflects an initiative by the Department of Labor to reduce the number of employees who are mislabeled as independent contractors. According to their website, “Misclassified employees often are denied access to critical benefits and protections to which they are entitled, such as the minimum wage, overtime compensation, family and medical leave, unemployment insurance, and safe workplaces.” This interpretation provides a guide to help determine if someone is truly an independent contractor or if they must be treated as an employee under the Fair Labor Standards Act. The crucial difference between the two types of workers comes down to the “economic realities test” which is whether or not the worker is economically dependent on the employer or in business for himself. The worker will receive a designation as an independent contractor only if the totality of factors indicates that he or she is business for themselves.

In order to gage whether or not someone is in business for himself, the Administrator’s Interpretation lists multiple factors that should be considered. These factors are not to be applied mechanically and should not be viewed as checklist. Rather, the factors should be analyzed relative to each other in order to get a true sense of whether or not the worker is economically dependent on the employer. The Administrator’s Interpretation emphasizes that all the factors should be applied in view of the broad scope of employment relationships to which the Fair Labor Standards Act was meant to apply.
The six factors:

Here is an example of how the distinction between an employee and an independent contractor works:

Worker A is a landscaper. He is affiliated with a landscaping service where potential jobs are sent to him to bid on. He provides all his own supplies, has complete control over which jobs he takes, he can hire as many people to help him as he wants, and he also advertises his landscaping business around town and is free to take jobs that do not come to him through the service. He would be an independent contractor because the totality of the circumstances indicate he is running his own business.

Worker B is also a landscaper. She also is affiliated with a landscaping service. Through the service, jobs are sent to her and she can have flexible control over the hours she works as long as she completes the job by the deadline. She has her own equipment, but she does not have the ability to pick and choose which jobs she takes, and she does not advertise her business or take landscaping jobs separate from the service. If more than one worker is needed for a job, the service will assign more workers. Worker B does not hire workers. In this situation the worker is an employee of the landscaping service because the facts and circumstances indicate that she is economically dependent on the service.

This document was prepared by Joseph Dudley, Attorney, and Anne Longfellow, Law Clerk, of the Law Firm of Dudley and Smith, P.A. If you need legal assistance in these matters, we have offices in seven locations: St. Paul, Woodbury, White Bear Lake, Blaine, Chanhassen, Burnsville, and Bloomington. Our office telephone number is (651) 291-1717 and my e-mail is jdudley@dudleyandsmith.com.