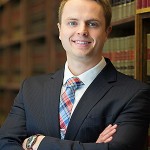 Who does the law protect?

Who does the law apply protections against?

The Defend Trade Secrets Act applies to a person or an organization who takes, copies, downloads, sends, or by other defined means, steals (aka “misappropriates”) a trade secret from another. 18 U.S.C. § 1832(a). The stolen trade secret must be related to a product or service used in interstate or foreign commerce, thereby conferring federal jurisdiction. One who obtains information or data through reverse engineering is not in violation of the Defend Trade Secrets Act.

What are the penalties for violating the Defend Trade Secrets Act?

A trade secret thief may be penalized by fine, imprisonment for less than 10 years, or both. 18 U.S.C. § 1832(a). If a business commits the theft, it may be fined up a statutory dollar amount or 3 times the value of the stolen trade secret, whichever is greater. Id.

As with most laws, there are exceptions to liability under the Defend Trade Secrets Act. A party may not be liable for disclosing a trade secret to a government entity for the purpose of reporting or investigating a suspected violation of the law. 18 U.S.C. § 1833(b). A litigant will not be liable for a violation of the Act if it discloses a trade secret in a court filing so long as it is filed under seal. The Act also immunizes whistleblower employees in qui tam actions (False Claims Act) who disclose trade secrets as part of the claim against their employer for retaliation against the employee.

In order for employers to retain the right to seek exemplary (double) damages and attorney’s fees against an employee who violates the Act, the employer must provide notice of the whistleblower immunity to employees in employment agreements. The notice must explain to the employee that he or she may have immunity under the Act if they report trade secret information or data to the government or their attorney as part of an investigation or reporting of suspected legal violations by the employer. Employers may also include a reference in their employee agreement to a whistleblower policy that contains the immunity notifications provided for in 18 U.S.C. § 1833. Employers who fail to include this notice to their employees will not lose all rights under the federal trade secret law, but they may not be able to seek the statutory exemplary damages and attorney’s fees.

Many are lauding the Defend Trade Secrets Act because it provides statutory federal court jurisdiction over trade secret disputes. Some attorneys and their clients prefer to venue high-stakes commercial and trade secret litigation in federal court over state courts for a variety of reasons. Opponents of the Act, including a large audience in academia, criticize the Act as further stacking the deck in favor of big business. Regardless of one’s opinion of the Act, its dual use as a sword and a shield will expand the pre-suit analysis that commercial and intellectual property litigators must undertake.

This post was created by Christopher Boline, a commercial and employment law attorney at Dudley and Smith, P.A. Mr. Boline has worked with employers and employees in a wage and hour matters. If you have questions about trade secret protections or commercial litigation, please contact Mr. Boline at 651-291-1717 or by email at cboline@dudleyandsmith.com. Dudley and Smith, P.A. is a full service law firm with offices in St. Paul, Bloomington, Burnsville, Chanhassen, White Bear Lake, and Woodbury.