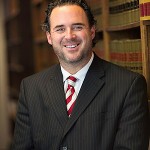 On January 1, 2015, a new law known as the “Second Chance Law” came into effect in Minnesota. This law will affect Minnesotans that have an existing criminal record. With this new change in law, more people will be eligible to petition the court to have their criminal record expunged, and there will be a more complete remedy available. The full text of this law is at Minnesota Statute 609A.02.

An expungement is a court-ordered sealing of a person’s criminal record. Usually this will require the petitioner to show that the benefit they will gain from sealing his or her record is greater than the possible resulting detriment to public safety. Previous to this new law, a person could only seek expungement in three cases. 1) A first time drug possession offense, 2) An offense committed by a juvenile who was prosecuted as an adult, or 3) A criminal case that was resolved in favor of the petitioner. These limits on expungement meant that not many people were eligible to clear their records. The court system can also seal criminal records based on inherent authority, meaning that a judge could use his or her discretion to seal judicial records. However, the Minnesota Supreme Court has interpreted this ability as only applying to records within the judicial department itself. See State of Minnesota v. M.D.T. 831 N.W.2d 276 (Minn. 2013). This means that the records would still exist within other agencies and would still usually show up on background checks and therefore an inherent authority expungement is not very effective. Inherent authority expungements are not affected by the Second Chance Law.

With the Second Chance Law, the categories of eligibility have been expanded to include four more statutory grounds for expungement.

The law includes a list of around fifty eligible felonies. All are non-violent felonies of varying types, ranging from movie pirating to negligently setting a fire. If you believe this section of the law may affect you, you can review the full list of included felonies at Minnesota Statute 609A.02 Subd. 3 (b)(1-50).

Excluded from expungment is any crime that requires someone to register as a predatory offender under Minnesota Statute 243.166. This is the only specific exception to the law at this time. A paragraph creating an exemption for crimes of domestic violence or sexual assault was originally included but it has expired as of July 15, 2015. There is a possibility that other offenses will become excluded in the future. For example, DWI’s are not specifically excluded but the Second Chance Law conflicts with already existing laws requiring the retention of those records.

If you think you are eligible for a second chance, and would like legal assistance, please contact our office by phone at 651-291-1717 or through our website, www.DudleyandSmith.com.